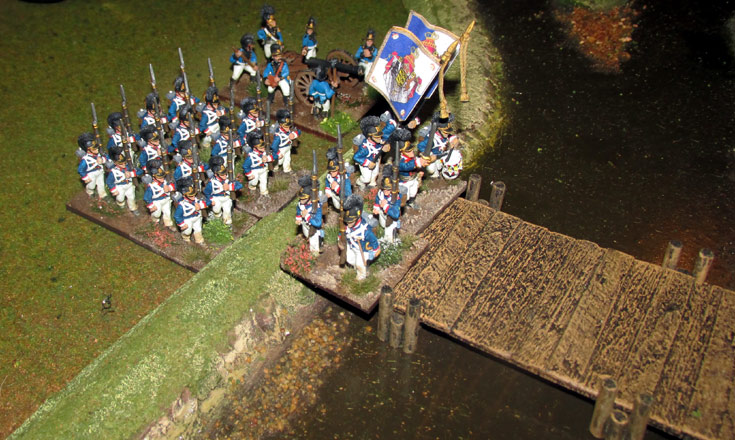 The Napoleonic Wars, Over the Hills, 28mm This game – our third using Over the Hills – was based on the tried and tested “Bridgehead Breakout” scenario, found in Charles S. Grant’s Scenarios for Wargamers (1981).  Like most of Charles’ his “teasers” the scenario is harder than it looks. We’ve played this particular one a 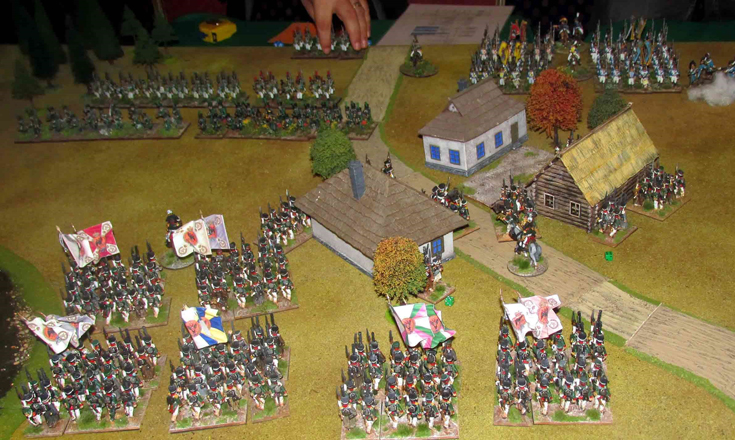 The Napoleonic Wars, Over the Hills, 28mm You really can’t beat a good Napoleonic scrap – and this was one of the best of them. Light all good club-night battles it involved limited forces – just two brigades of infantry and one of cavalry per side. Campbell’s Württemberg division had nine battalions in two brigades, 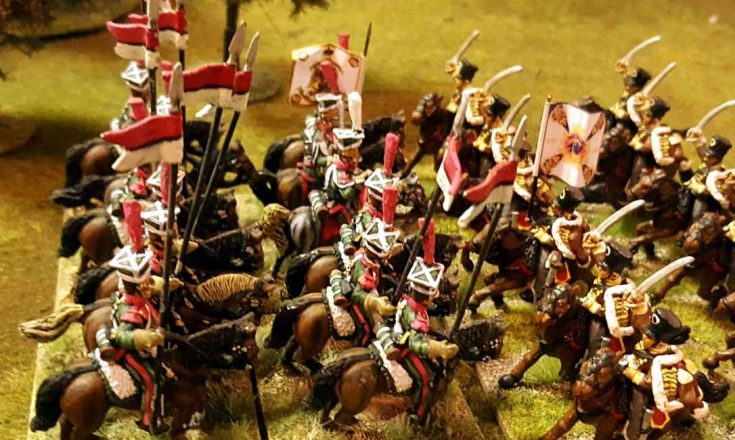 Napoleonic Wars, Over the Hills, 28mm A few weeks ago I read that Caliver Books / Partizan Press were coming out with a new set of Napoleonic rules. they were billed as a more period-specific answer to Black Powder, but with slightly more to them. Now, Black Powder remain a stalwart of the Edinburgh club,